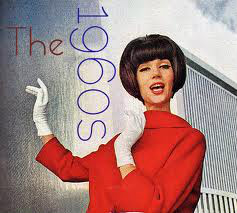 1960's
The 1960s were a decade of political and social upheaval. Young people challenged the traditional values of their parent's generation and actively opposed the decisions of the government. Women demanded equal rights and others called for racial equality and a new consideration for the environment. Many more demonstrated against the Vietnam War, conscription and the nuclear industry.

Many of these protests were part of wider social movements taking place in other Western countries. Advances in communications technology meant that revolutionary ideas and voices of dissent could rapidly be transmitted and received around the world.

Gender Differences - Women's Rights
In the late 1960s, many women began to question the restrictive roles that society had assigned to them. Many women felt that there was more to life than raising children and taking care of the home. Others were dissatisfied at being confined to traditionally 'female' occupations like teaching, administration and secretarial work.

Women marched, protested and pressured governments in a bid to gain equal rights in all spheres of life including the workplace, education, politics and sport.

The contraceptive, or birth control pill was introduced in Australia in the 1960s. It had a significant impact on society, granting women greater sexual freedom and allowing them to control when and if they had children. The Pill also sparked much moral debate during the 1960s about pre-marital sex and promiscuity.

Task:
1) In your workbook draw two columns. Use these columns to make of the common traits of the Greasers and the Socs?
2) Using your own knowledge, write a definition for:
3) Find images that you feel represent your individuality and identity. Using these images create a collage for the front cover or page of your workbook/journal.

In class we will be reading an extract from Chapter 3 - The Culture of Violence.

However, if this topic interests you; the complete document can be downloaded below. 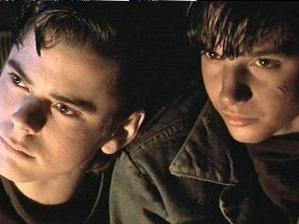 The word "gang" conjures up many different images and feelings. A gang can be defined as a group of persons with common interests, bonds and activities characterized by criminal or delinquent conduct. Gang presence directly affects the quality of life in communities through such things as truancy, criminal behavior, and alcohol and other drug use and abuse.

What is a gang?
It is pride, loyalty, friends, trust... it's about structure, rules, consequences... it's being somebody, having success and feeling safe and wanted. To really make a gang work they need to pattern themselves after the ideal family. This is the easiest way to entice teenagers, and children, toward an element that would otherwise appear criminal and out of line with what we as parents have taught them.

What does loyalty in a friendship mean?
Loyalty is one of the most important character traits desired in a best friend. It is the precursor to all other qualities you hope your good friend would have. But, what does it really mean? Loyalty is defined as faithfulness or devotion to a person, country, group, or cause; the state or quality of being loyal; faithfulness to commitments or obligations; faithful adherence to a sovereign.

Ponyboy and Johnny are best friends and Johnny's loyalty is seen when he kills Bob to save Ponyboy from being drowned.

Task:
1) What evidence does S.E Hinton provide to show that Pony and Johnny are best friends? How is this similar or different to the friendship you have with your best friend?

2) After reading chapter 4, pretend you are an advice columnist and write a piece of advice to Johnny and Ponyboy should do (if they hadn't gone to Dally). 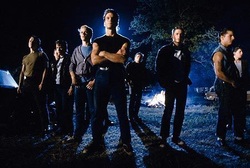 Ponyboy Curtis - the youngest member of the Greasers (14) and narrator of the story. Ponyboy enjoys books which Hinton uses to show that poverty does not mean a lack of culture or that all gang members are delinquents.

Johnny Cade - a vulnerable 16 year old greaser defined by toughness and a sense of invincibility. He comes from an abusive home and considers the Greasers to be his only reliable family. Johnny is the principal catalyst for the major events in the novel.

Darrell (Darry) Curtis - Ponyboy's 20 year old Greaser brother. Darrell is responsible for raising Ponyboy after the death of their parents. The other greasers call him Superman.

Keith (Two-bit) Matthews - the joker of the Greasers who regularly shoplifts. He prizes his black-handled switchblade.

Dallas (Dally) Winston - the toughest hood of the Greasers. Dally is a hardened teen who used to run gangs in New York. Dally's violent tendencies make him more dangerous that the other Greasers, and he takes pride in his criminal record.

Sherry (Cherry) Valance - is called "Cherry" because of her red hair. Despite being a Soc, Cherry gets along perfectly well with some of the Greasers. Although her role is relatively small, she is somewhat ambivalent to the social divide.

Task:
1) In your workbook write a description of two of the following characters:

2) Write a character profile up to and including Chapter 6.
Name, DOB, height, weight, eye and hair colour, family, likes and dislikes, behaviours and tenancies.

3) Write an acrostic poem (also known as a name poem) using the name of one of the main characters.
For example:
Troubled young man
Who is always looking for a fight
Out in the dark he can be found
Breaking bottles
Into glass fragments and shards
To be used as a weapon in a gangland war 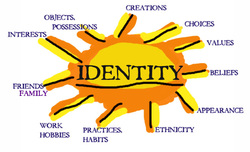 What constitutes a family?
Genetics
People living together
Parents and children in one house
Extended families
Attitudes
Beliefs

Understanding groups within social classes
What is a gang?
What is a clique?
Is there a difference between the two?

Task: Write a journal entry about how you view yourself as an individual and where you feel you fit into society.
NB: This entry will not be shared with the class or teacher, so write honestly.