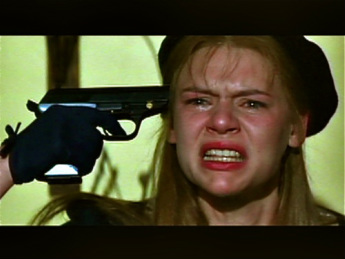 What is action? Action in and of itself is not DRAMATIC.

What is Dramatic Action? The dramatic action of a story must be FORWARD MOVING.

It is usually something large that disrupts a person's normal routine, throwing them off the course of their normal life.

The character must confront and/or conquer the unexpected problem or suffer generally dire consequences.

Drama is divided into 5 parts:

Brush up your Shakespeare - Reference sheet

These types of plays have existed for centuries in literature from many different cultures. Shakespeare’s plays draw on some of the conventions or rules from earlier Greek, French and Italian literature.

Shakespeare’s tragedies do not all follow exactly the same pattern or conventions, but they have many characteristics in common. A Shakespearean tragedy is a play that has a serious theme and a main character or protagonist whose life ends due to their own actions as well as the forces of fate.

The main character is focused or obsessed by one aspect of their life, such as revenge, power or love, to the point that this is all they focus on. This leads to the character becoming isolated from their family or friends or society. The main character’s actions and choices during the course of the play lead them to disaster. There is a sense that the disaster cannot be avoided. The main character or characters usually die near the end of the play.  Romeo and Juliet, Antony and Cleopatra and Macbeth are examples of Shakespearean tragedies.

It’s a tragedy…
In everyday life, the word ‘tragedy’ is used very differently from the way it is used in a Shakespearean play. It is often used to refer to a sad or dreadful event or disaster. We see examples in the news all the time of events that are described as being tragedies.

Consider three recent events that you have read or heard about in the news that have been described as ‘tragedies’.

Sometimes the term ‘tragedy’ is used as a way of exaggerating an event or experiences that is inconvenient or unexpected and is used to describe situations that are not “life and death”. Example: The way she dressed was an absolute tragedy.
Read the following statements about tragedy and in your own words write a few lines (no less than 5) on what the speaker may have meant by them.
Quotations on tragedy

Stalin: A single death is a tragedy; a million deaths is a statistic.

Goethe: The conflict on which a tragedy is based must ideally be one where there is no possible resolution.

Tom Stoppard: The bad end unhappily, the good unluckily. That is what tragedy means. 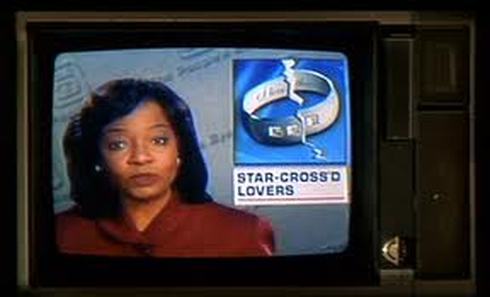 Two households, both alike in dignity,
In fair Verona, where we lay our scene,
From ancient grudge break new mutiny,
Where civil blood makes civil hands unclean.
From forth the fatal loins of these two foes
A pair of star-cross'd lovers take their life;
Whose misadventured piteous overthrows
Do with their death bury their parents' strife.
The fearful passage of their death-mark'd love,
And the continuance of their parents' rage,
Which, but their children's end, nought could remove,
Is now the two hours' traffic of our stage;
The which if you with patient ears attend,
What here shall miss, our toil shall strive to mend.

Translation to Modern Text
In the beautiful city of Verona, where our story takes place, a long-standing hatred between two families erupts into new violence, and citizens stain their hands with the blood of their fellow citizens. Two unlucky children of these enemy families become lovers and commit suicide. Their unfortunate deaths put an end to their parents' feud. For the next two hours, we will watch the story of their doomed love and their parents' anger, which nothing but the children’s deaths could stop. If you listen to us patiently, we’ll make up for everything we’ve left out in this prologue onstage.

Summary
As a prologue to the play, the Chorus enters. In a fourteen-line sonnet, the Chorus describes two noble households (called “houses”) in the city of Verona. The houses hold an “ancient grudge” against each other that remains a source of violent and bloody conflict. The Chorus states that from these two houses, two “star-crossed” lovers will appear. These lovers will mend the quarrel between their families by dying. The story of these two lovers, and of the terrible strife between their families, will be the topic of this play.

Analysis
This opening speech by the Chorus serves as an introduction to Romeo and Juliet. We are provided with information about where the play takes place, and given some background information about its principal characters.

Romeo and Juliet: A closer look from sheehy

Click the image to be redirected to an online quiz about Romeo & Juliet. 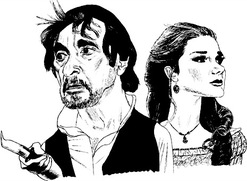 Click the image to be redirected to Shakespeare's Words, Glossary - Romeo & Juliet

the life of William shakespeare 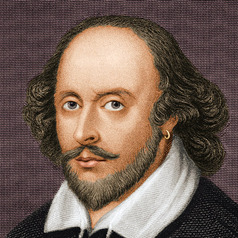 William Shakespeare was born in 1564. His birthplace was the small market town of Stratford-upon-Avon in England. Historians are unsure of the exact birth date, but there are records that show he was christened on 26 April, 1564. William's father, John, was a glove-maker and also served on the council in the town. The family was considered middle-class and quite well off financially.

Around 1568, William would have attended a small private school, from the age of four, to learn to read and write. He would have left school when he was fifteen. When he was 18 years old, Shakespeare married Anne Hathaway, who was the daughter of a local farmer and 8 years older than Shakespeare. Their first child, Susanna, was born in 1583, followed by the twins, Judith and Hamnet, in 1585.

In terms of his career as a writer, historians are unsure of what Shakespeare did until 1592. It was this year that William was described as an up-and-coming playwright. By this time, Shakespeare had already left his family to live in London.

Shakespeare’s first play was believed to have been Comedy of Errors in 1592. The bloody tragedy, Titus Andronicus, followed in 1593.

England and Spain were at war from 1585 until 1604 and audiences were keen to see plays that made them feel proud of their country. During this time, Shakespeare wrote nine plays that had English history as their theme.

From 1590 to 1600, Shakespeare wrote ten comedies. Audiences enjoyed the bawdy humour and liked the happy endings. Queen Elizabeth I was on the throne during this time.

Queen Elizabeth I died on 24 March 1603. King James I became the new monarch. He also became the patron of Shakespeare's theatre company.

In the early 1600s, Shakespeare wrote the tragedies Hamlet, King Lear, Othello and Macbeth. Macbeth was written to please the new king who was from Scotland. Romeo and Juliet was also written during this period. In the 1600s, Shakespeare also wrote tragedies that were set in Rome. The first play set in Rome was Julius Caesar, closely followed by Antony and Cleopatra.

The playwriting stopped for two years, between 1592 and 1594, when the London playhouses had to close because of the plague - a disease which killed many thousands of people.

In 1611, after he wrote the play The Tempest, Shakespeare returned to live in Stratford-upon-Avon. He moved into a house he had bought for his family in 1597. He died in 1616, a very rich man. 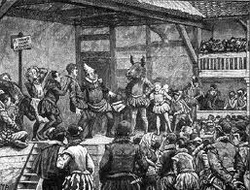 Use the internet to find answers to the following research questions:
Some websites to get you started:
www.acslink.aone.net.au/sandhurst/globe/globe.htm
www.rdg.ac.uk/globe/